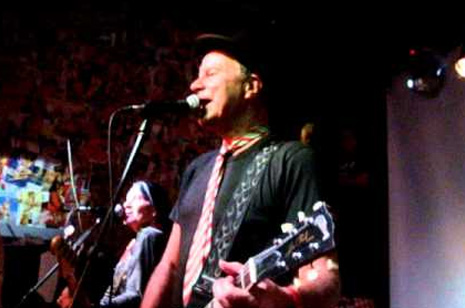 Its time to kick up your heels!

By Penola Coonawarra Arts Festival Committee · On May 11, 2015

A weekend of live music is gearing up to entertain festival goers over the Penola Coonawarra Festival in May.

From rock-a-billy music to an Open Mic competition, Penola will come alive with sounds that are sure to delight and entertain both locals and visitors alike, over this popular Festival weekend.

On Friday May 22, Penola’s Prince of Wales Hotel will be rocking to the sounds of two piece garage band ‘Gator’, fronted by favourite son Jarrad Kilsby, followed by local band ‘The Led Sleds’. The scene will be set with rock-a-billy tunes to continue the festivities.

On Saturday night, the popular Shenanigans returns to the Coonawarra Hall. The evening has been a standing drawcard for people who want to kick up their heels and dance the night away to a variety of music by several bands performing in the same venue.

Organiser Simon Weston said that the formula for the evening has proven so popular in the past, it’s one that he’s sticking with.

“Often in regional areas like ours, people rarely get the chance to experience several genres of music in one place – particularly in such a unique atmosphere like the Coonawarra Hall,” said Mr Weston.

“With fantastic live music, food and wine, and a great community spirit, the evening promises something for locals and visitors alike,” he said. The evening’s line-up includes local Kalangadoo singer songwriter Hugh McColl, and Limestone Coast based Christy Wallace who returns with her country folk band. A seven piece band ‘The Sloe Ruin’ will feature ‘country honky tonk’ tunes and is set to raise the roof for this popular event.

Also amongst the evening’s highlights will be popular singer Kelly Menhennett who returns to the Coonawarra Hall after wowing audiences last year. Food by Mt Gambier’s Gala Mustafa will also be available, along with drinks from the Coonawarra Hall bar.

Sunday May 24 will feature a ‘Stroll down the Lane ‘ as Penola’s Petticoat Lane comes alive with all day buskers, artists at work, vintage cars on display and its range of Vintage shops.

Music lovers will also have the opportunity to step up and showcase their own talents at the ‘Royal Oak Revue and Open Mic’ competition to be held in the Beer Garden at Penola’s Royal Oak Hotel from 12pm. It’s a chance to shine on the small stage, with cash money prizes and loads of heartfelt applause and encouragement on offer. Musicians, poets, spoken word performers and song writers – in fact ‘anything goes’ – are invited to entertain the audience with their talents.

Tickets for ‘Shenanigans’ are $25 and are available through the Penola Visitor Information Centre on (08) 8737 2855 and at the door on the night.
For Open Mic Entries at Heyward’s Royal Oak Hotel contact Simon Weston on
0408 085 116.The full program of events for the 2014 Penola Coonawarra Arts Festival is available at www.artsfestival.com.au.

Why not become a Friend of the Festival, from as little as $50. All contributions will help achieve success and continuity for this great community Festival. Donate now!

The Penola Coonawarra Arts Festival relies on a team of volunteers to make it happen. We’re a diverse bunch – there are educators, child and youth workers, sales and small business owners, marketing and pr practitioners, winemakers, graphic designers, retirees, artists and musicians. If you’re passionate about the arts, community, music, wine, food and learning – and keen to have a whole lot of fun – we’d love to hear from you!

Drop us a line at [email protected] and we’ll welcome you aboard.